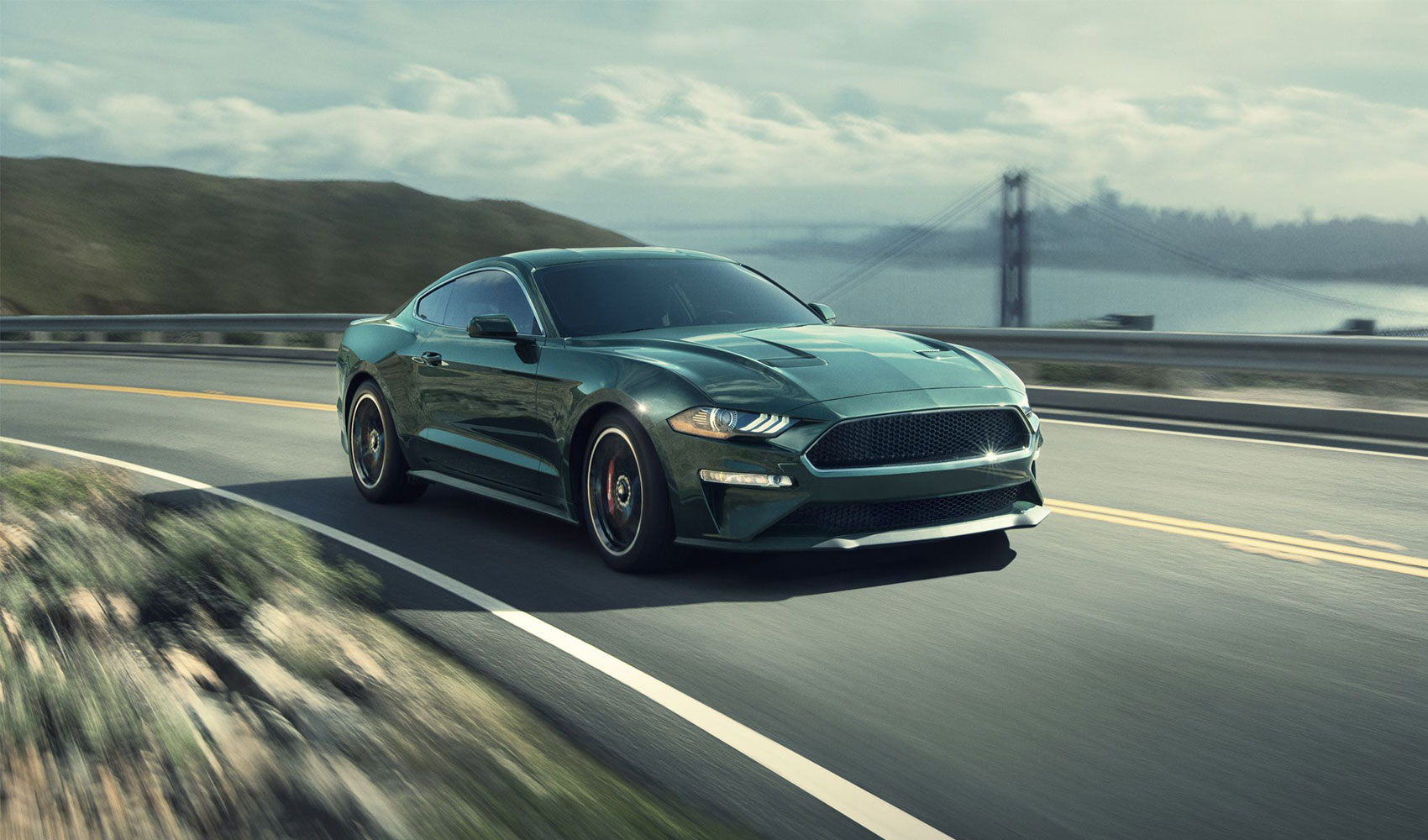 The King of Cool Steve McQueen – GQ Magazine with the latest.

As Bullitt celebrates its 50th anniversary this year, GQ talks to Steve McQueen’s granddaughter Molly and take a look at Ford’s latest reboot of the Bullitt Mustang Bullitt celebrates its 50th anniversary this year. Yes, yes, it’s probably done more for the one-man iconography industry that is Steve McQueen than any of his other films, but let’s not forget it featured an incomparable soundtrack by Argentine genius Lalo Schifrin – he’s still alive, by the way – overlooked SixtiesBrit It girl Jacqueline Bisset, and conjured a San Francisco milieu miles away from Haight-Ashbury free love.

But who are we trying to kid? This is about the coolest actor who ever lived, at the height of his minimally dialogued, turtle neck-wearing powers, doing ridiculous things in a Ford Mustang fastback. Mostly it’s McQueen at the wheel, although his great friend, stunt driver Bud Ekins, probably did the tricky bits. (Ekins also doubled for McQueen to do the famous bike jump in The Great Escape.)

Bullitt was British director Peter Yates’ first American film, and he couldn’t possibly have known that the eleven-minute sequence in which his star would dice with two faceless antagonists in a Dodge Charger would form the template for movie car chase verisimilitude forever more.
They didn’t have CGI in 1968. But they did have Steve McQueen.
It’s the sort of association modern marketing people could only dream of, so you can’t blame Ford for working the connection. Pretty regularly, in fact, and there was no way a 50th anniversary was going to slip by; this latest Bullitt Mustang special edition is the third time the original has been referenced.
But it’s also easily the best since that first car, mainly because the current generation Mustang is the worthiest reboot of the “pony car” since it dazzled an entire generation of American baby boomers in 1964. (Apparently McQueen insisted on the Mustang because of its everyman status – it was the sort of car a police detective could have afforded.)

It’s also the first Mustang to be officially available in the UK, and though our sources are typically tight-lipped, the Bullitt version is headed our way, too. The modifications are modest, but more than enough.
The 5.0-litre V8 is being nudged towards a 475bhp power output thanks to a larger throttle body and revised intake manifold, and like the original this old-school grunt is funnelled to the road via a six-speed manual transmission, complete with a cue-ball topped shifter. (McQueen was not an automatic kind of guy.)
The Bullitt car also has upgraded suspension, bigger brakes and racy Michelin Pilot Sport tyres. Exterior revisions run to black magnesium wheels, thankfully minimal badging, Dark Highland Green paint job, and a retro fuel-filler cap. An active performance exhaust with Black Nitro tips is an option, as are magnetic dampers.
For its reveal at this week’s Detroit auto show, Ford did two clever things. Firstly, it brought along one of the two surviving movie cars. This particular car (the other was recently unearthed in Mexico) has been in the same family since 1974 and was used by the owner’s wife, a primary school teacher, as her daily driver. It’s a car with, let’s just say, a serious patina, ie: completely unrestored, down to a faded Warner Bros parking lot sticker.
Now owned by Sean Kiernan, it lives in Nashville, and experts reckon it’s worth around £3 million. Lucky old Sean.
The second smart move was hiring McQueen’s grand-daughter Molly to star in an accompanying short film.
GQ caught up with her.

GQ:So how did this all come about?
Molly McQueen: Ford wanted a third-generation McQueen to introduce the third-gen Bullitt Mustang. They didn’t mention they’d got the original car along for the film we did. I’m only the eighth person to sit in it, I think. It smells like… history, like a carshould smell. And it transports you right back. Actually I think it creates the most tangible connection I’ve felt to my grandfather. I learned to drive a stick shift last time I was here. I had a patient teacher, but I think I’ve got the hang of it now. I’ve always been an adrenalin junkie, so I want to do more. Something has awoken inside me.
GQ: Apologies in advance for the obvious question, but seriously, what was it like growing up knowing Steve McQueen was your grandfather?
MM: [Laughs.] Don’t apologise. I don’t want to sound jaded but I grew up in LA, among lots of celebrities, so my grandpa was always just… my grandpa. He was Grandpa Steve. There were photos of him around the house just like anyone would have pictures of family around the place. There were lots of stories about him, like most people have about their grandparents, but they were really cool stories, like stories on crack, y’know?
GQ: You mentioned earlier that you found a film script… Was there lots of stuff around?
MM: Oh, yeah. There was an old Bullitt script in a drawer, covered in Steve’s hand-written annotations, with line after line of dialogue crossed out. Which is something most actors never do, because you want more to say and do, not less. My mum had his Porsche 911, it was in the garage and it just sat there. There were lots of Indian motorbikesin there too, but they were things I wasn’t supposed to touch. The mayor of San Francisco gave him the key to the city afterBullittcame out, and that was just sitting on the table. So there was a lot of cool stuff around.
GQ: Which of your grandfather’s films is your favourite?
MM: The Cincinnati Kid. When I was younger, it would have beenThe Towering Inferno. And I’ve watchedLe Mans, too. He crossed a lot of lines of dialogue out in that one, too. I guess he thought, “I can say this line with my eyes…”