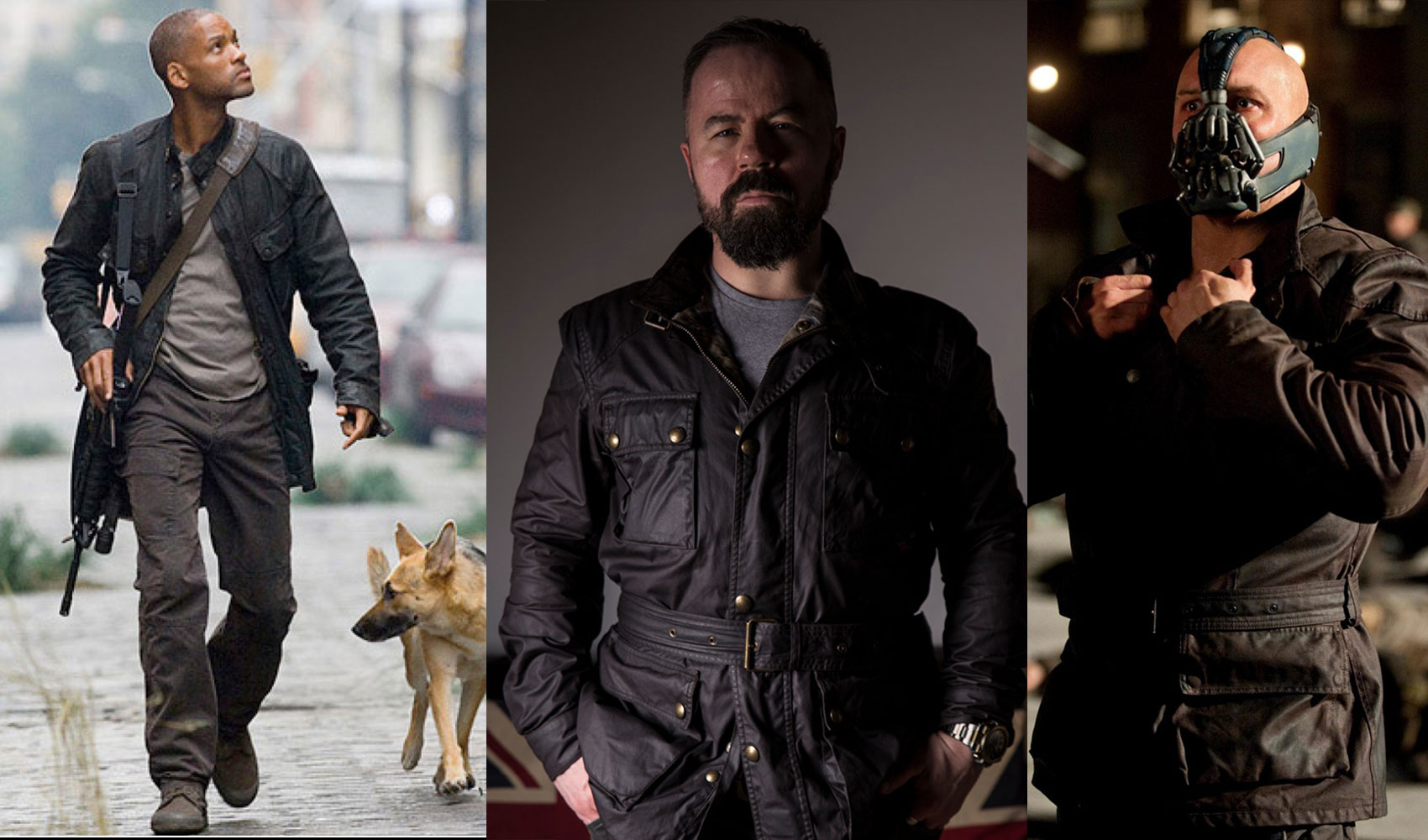 When it comes to fashion – I’m not full tilt when it comes to following trends. I’m more into the classic style – clothing designed by those who have a rich heritage, a passion for craftsmanship and history I want to be part of.

Styles that have stood the test of time. Rightly or wrongly, we all make snap judgments based on the way people dress.
It’s a tribal component of what we are as human beings and exists in all aspects of life. Symbols, cuts, logos, styles, trends. What you wear sends out of kinds of messages on a subconscious level.
Even if it’s not your intention, it’s still a box-ticking exercise when it comes to operating and mixing in certain circles of society.
I never used to dress in a way that communicated my values as a man – that meant I was often put in a box by some which were totally opposite to my character. I never really felt the need to take too much notice of what I was wearing. I’d throw on a tracksuit – or a plain pair of jeans and a white shirt and that was it.
But when it got the point of running my own business, what I found was I was starting to mix and associate with people whose expectations and judgments were different to those I’d hung out with in my youth and early 20’s.Peter Coleman
Just as an example of this, when I was a full-time van driver and was starting my own design business I’d already worked on the second Harry Potter Movie and designed for golf legend Jack Nicklaus.
Now I used to use my van driving job as a networking tool to meet potential clients. But you can imagine the scene. There’s me standing there delivering paper coffee cups at 4 am in the morning in London’s Canary Wharf, sweating in my van drivers attire, telling coffee shop owners that I’ve designed for one of the largest grossing Hollywood movies of all time and the greatest Golfer that ever lived!
I used to get all sorts of scornful looks – like I was captain Billy Bullshitter from the planet gobshite! It was quite funny going back to the same coffee shops in a suit later in the day to have a client meeting and the way the staff spoke to me wasTOTALLY DIFFERENTto how they spoke to me earlier that day.
Fast forward a few years – I’ve got my own select brands I go to when it comes to helping me express myself in a way that fits my values.
My own starting point for exploring style was Daniel Craig’s iteration of James Bond. Now I know that in order to reinvent Bond, part of that process would have been ensuring his portrayal of Ian Flemmings super spy would be to tap into the brands and styles that have been part of the 007 heritage for years.
All whilst mixing those in with today’s style powerhouses such as Tom Ford.
I used jamesbondlifestyle.com to find out about the styling of Bond and from there, I branched out to discover a variety of brands and classic styles.
So here are 4 style items from brands I recommend you check out if you’re new to classic styles and want to cut your own look.

Seen in the movies for over 50 years and constant feature on the style landscape, Baracuta have a proud history – for this, I’m taking a look at their iconic Baracuta G9.

Worn by the king of cool himself Steve McQueen, the Baracuta G9 sits perfectly in the gap between casual and semi-formal. Beyond McQueen, the jacket has been the staple of other screen legends throughout its history including Frank Sinatra, Daniel Craig, and James Dean.
Direct from Baracuta’s website, you can expect to pay around the £300 mark, especially for classic colorways of sand and navy as worn by McQueen himself. If that cost is above your budget, my shout would be to keep an eye on eBayas I’ve picked up a couple on there for around £120 – £200.
As you move more into style, you’ll start to develop a more discerning eye for details – whilst the Baracuta G9 has had minor iterations over the years, the main characteristics that define its style have stayed the same.
The G9 was carefully designed by the Miller Brothers, Baracuta’s founders, as a jacket with a shape that would compliment anyone.
Light and easy to pair with anything, the Harrington was hard to beat for a night on the town. Everyone from punk rockers to movie stars have sported the G9 over the years, making it one of those rare items that has appeal across the style board.
While so many different demographics have adopted the Harrington, the one mainstay has been the fit: short, slim, and flattering. In fact, the Original G9 has hardly been altered (since 1937), meaning you can still pick up the exact same jacket Steve McQueen wore in The Thomas Crown Affair. Visit their store here
The Harrington is one of the most iconic jackets ever designed, It played such a huge part in my youth and is something I still wear today. It’s the perfect jacket- a real classic – it will never go out of style
Paul Weller

Founded way back in 1860, I first discovered Sunspel after watching Daniel Craig’s first outing as 007 in Casino Royale.

Sunspel began making polo shirts in the 1950s, they have always focused on combining a refined fit with unparalleled comfort. Finding the pique cotton that the modern tennis shirts were made of stifling, Peter Hill, the grandson of Sunspel’s founder, set about developing a fabric that would be cool and comfortable to wear in the hot summer sun of the Riviera.
The result was a cotton mesh that was not only light, but also breathable and supremely soft. It was knitted on lace machines in Nottingham, the home of England’s lace-making industry, and was named Q (for Quality) 75. The Riviera polo was born.
It remained unchanged from its inception, right up until 2006, when Academy award-winning costume designer, Lindy Hemming, was tasked with outfitting Daniel Craig as the Bond character in Casino Royale. Working from our factory in Long Eaton, together we tailored the Riviera Polo to best suit the modern man of action and style: shortening the arms ever so slightly and slimming the fit to flatter a muscular physique.
We have made our Riviera polo shirt to these amended specifications ever since. A modern classic in its own right, wear with chinos or jeans for the epitome of relaxed style.

Introduced in 1981, the Roadmaster is one of the most iconic Belstaff jackets of all time. Modeled on the original four-pocket design of the legendary Trialmaster, this modernised edition has a closer, more streamlined fit. Crafted in cambric cotton sourced from a historical British mill, its waxed finish has been developed since the 1800s to be innovatively breathable and waterproof.
•Two-way zip fastening with press stud placket
• Buckle belt at waist
• 4 external pockets
• Stand collar with tab fastening
• Adjustable press studs cuffs
• Check lining
• Fabric logo patch to left sleeve
• Commemorative metal plaque to reverse placket

Made in England, by Harbourough Rubber Co. a sole manufacturer with close family ties to the Jones family. An iconic, English sole for Goodyear-welted shoes.[/caption]
My last choice is the Crockett & Jones Islay boots as worn by Daniel Craig in Skyfall.

What does it mean?

Islay, a full brogue derby boot with wing tip design and bold punching detail. Made from the finest scotch country grain calf and Dainite rubber soles with storm welts for added water resistance. Produced in May 2009. Last 365 is a Main Collection last, with a broad round toe. A generous fitting last in the collection, 365 has plenty of room in the forepart and heel, giving it a slightly asymmetric character that is perfect for high leg boots. In 2012, last 365 cemented itself into Crockett & Jones’s legacy, when Islay appeared in the Scottish Highlands during the final scenes ofJames Bond’s SKYFALL.

What does it mean?

It is believed that a Chukka boot has both a sporting and a military heritage. A Chukka boot (or Desert boot) is constructed using three pieces of outer material – Inside Quarter, Outside Quarter and Vamp with low cut leg (but above the ankle) and two to three eyelets. In contrast, a Derby boot is a fully lined, high leg and all together, more substantial boot with variations similar to a Derby shoe. Chukka boots are usually considered unlined, although lined versions are available and they are often regarded as the most comfortable of all styles.